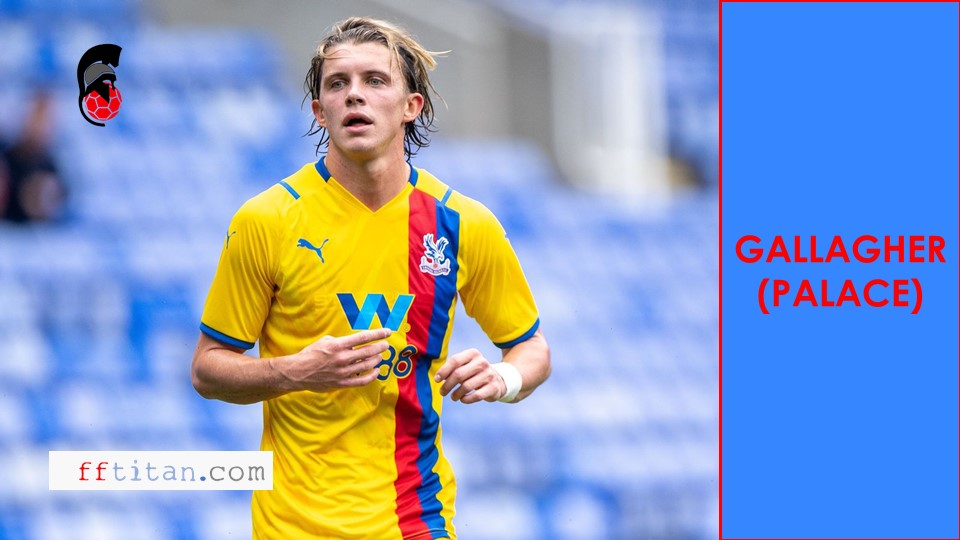 There have been some cheap midfielders running riot in the FPL returning some massive points since GW1 and after 5 GWs we have picked out the 9 most outstanding 5.5 Mids in this write up.

First up, the stats below will give you a clearer view on which of those 9 are currently performing better.

Also remember to take note that some of these players, for example the Everton trio, have had easier fixtures than the rest of the bunch.

The trio of Gray (5.8), Doucoure (5.5) and Townsend (5.4) have the highest points amongst the Everton players along with Calvert-Lewin (8.1) while Gray is currently the highest scoring 5.5 Mid together with Crystal Palace’s Gallagher (5.6). 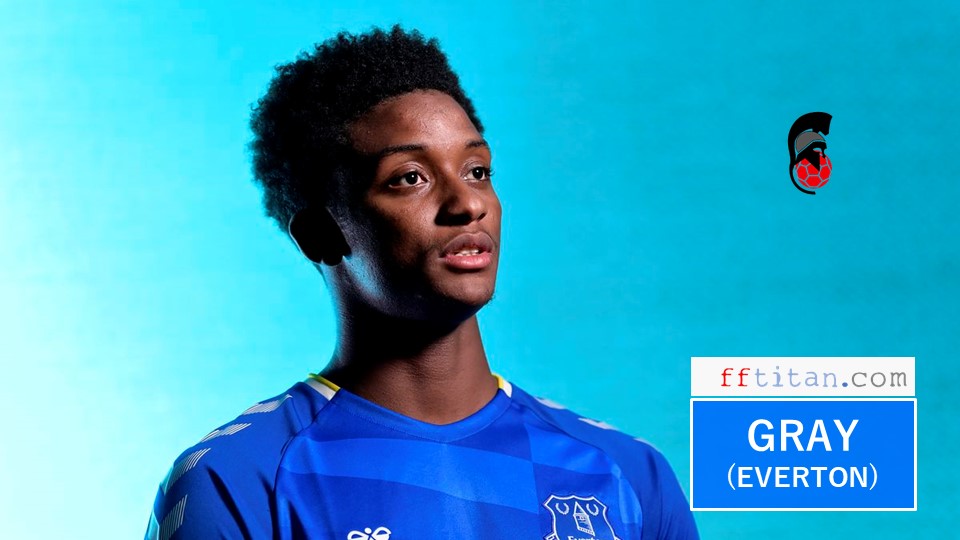 Out of the 3, the most impressive are Gray and Doucoure with their returns from 3 out of 5 games compared to Townsend’s returns in only 2 games.

In terms of positioning, Doucoure plays down the middle almost always as a box to box midfielder in a 3-4-3 formation that Everton manager Rafa Benitez has made popular this season. When Everton go behind during a game, they switch to a 4-3-3 with Doucoure being pushed up into an attacking midfielder role as was seen in the Burnley and Aston villa games. 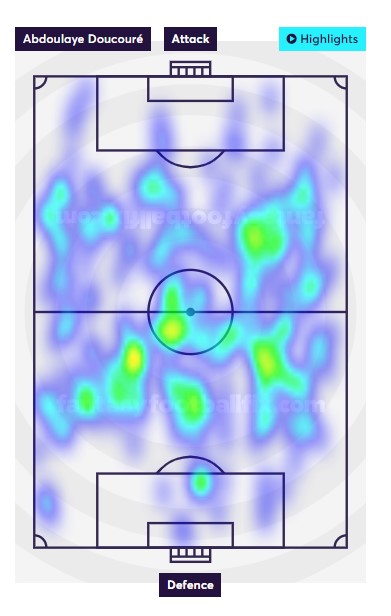 Townsend’s role in the team is a straightforward one as he is always fielded on the right wing position while Gray is either the left wing or attacking midfielder in the team so far in the first 5 GWs. 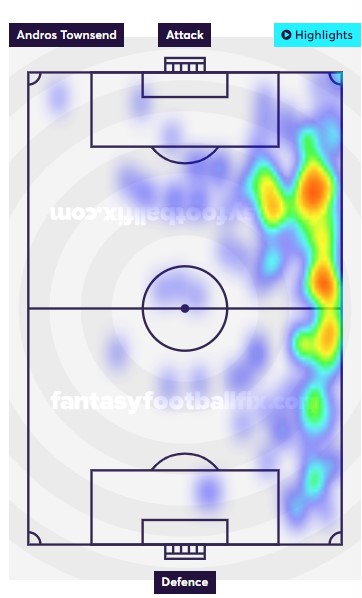 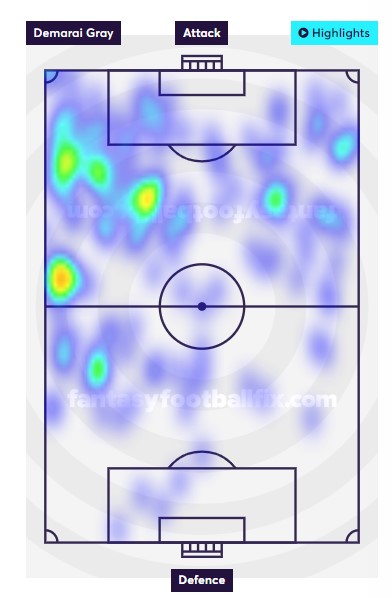 Gray operated through the middle with Richarlison  (7.5) operating on the left wing during the first 4 GWs but with the Brazilian injured in GW 5, Iwobi (5.9) filled in on the left and was not as effective going forward. It remains to be seen if Benitez will allow Gray to continue down the middle or push him out wide to fill in For the injured Richarlison in weeks to come.

In the FPL, Gray is the most owned (17.5%) among all of the 5.5 Mids and together with scoring the most points among them, his price has risen to 5.8.

The Brentford duo of Mbeumo (5.5) and Canos (5.5) have both been instrumental in their team’s impressive performances in the first 5 games recording only one loss thus far.

Mbeumo has been the more impressive player with a higher SCA90 and KP but his XG of 2.3 while having only scored the 1 goal is a cause for concern.

Canos has been operating on the right side of a midfield 5 for the Bees which explains his lesser contributions in the game as Brentford are more defensive with him occupying the RWB or RM role. Mbeumo is one of the OOP players that FPL managers like to look out for with him being fielded together with Toney (6.3) in the strike partnership. 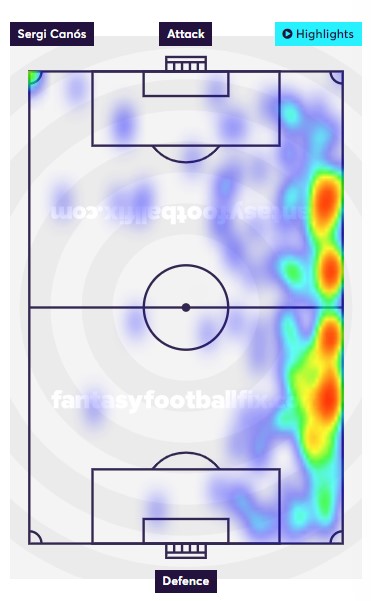 While Brentford have had easier fixtures which have helped their players get more points on the board, Norwich on the other hand have had to play Liverpool, Man City, Leicester and Arsenal in the first 4 games while facing another newly promoted team, Watford.

Cantwell (5.4) has been unable to help his side avoid defeat in any of the 5 games and while his stats is also unimpressive thus far, he was able to record 6 goals and 2 assists 2 seasons ago when Norwich was in the EPL.

There could be a potential fixture swing which will be able to help Cantwell and Norwich up the table, which will be explained below when we discuss the fixtures for all 9 players.

The Rest Of The Pack

Gallgher(5.6) has been Crystal Palace’s most impressive attacking player thus far with a return of 2 goals and 1 assists as the on loan Chelsea youngster continues to impress on his loan spells.

Another player who impressed on loan last season was Arsenal’s Odegaard(5.5) who has been signed permanently by them this time around and the midfield maestro impressed with a goal from a direct freekick in only his second start of the season in a 1-0 win over Burnley.

The last Midfielder on the list is Southampton’s Elyounoussi(5.5) who scored on his first start against Newcastle in GW3. The Saints’ player has gone on to start and play 90 mins in GW4 and 5 as well with both games ending 0-0 against tough opponents West Ham and Man City.

The only player with 0 fixtures that have an FDR of 4-5 in the next 5 GWs is Odegaard (5.5) as his Arsenal takes on Brighton, Crystal Palace and Aston Villa in between Tottenham and Leicester.

The Brentford duo of Mbeumo and Canos will be the ones to avoid as they have 4 fixtures with a FDR rating of 4 while Crystal Palace’s Gallagher could also be another avoidable choice with his team facing 3 difficult fixtures.

Lastly, the Everton trio, Elyounoussi and Cantwell have only got one difficult fixture in the next 5 GWs.

The Best FPL Midfielders at 5.5

With the stats and fixture list provided, the best 5.5 midfielder looks to be Gray. If you are looking for a differential option then Doucoure is the next best while boasting an ownership of only 3.1%.

If you were looking for more than one 5.5 Mid to save up money to own 3 premiums then you should look to get Odegaard as your second player since Arsenal’s fixture list looks amazing from GW7 onwards.

Players to keep an eye on

The first player to keep a very close eye on would be Gallagher as his impressive runs into the box has already provided 2 goals and 1 assists. Crystal Palace’s fixtures are sporadically good so there might be sometimes that he will be rotated with another player on your bench.

Lastly, Elyounoussi should also be watched closely as Southampton’s fixtures look relatively easy from GW8 to GW12 with 4 of them with a FDR of 2 and the only fixture with an FDR of 3 is against Leeds, the third worst defense in the EPL.