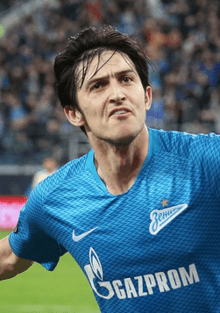 This week we read about the amazing news of Sierra Leone international Musa Noah Kamara terminating his 3.5 years contract with Swedish club Trelleborgs after only just one week, citing “weather conditions”! Apart from this astounding news, we bring to you other such quirky transfer cancellations that has occured before!

Having ended up as top scorer of the Sierra Leone Premier league, the 19 year old earned an European move signing for Swedish second-tier club Trelleborgs on a 3.5 year contract, but a club statement released only after one week of him being at the club stated that he had returned home for “personal reasons”. Kamara was then quoted as saying that he wanted to return home as he could not cope with the weather conditions in Sweden. It’s not even autumn yet!

With a surname like this, you will half expect this person to go on and have a very successful footballing and managerial career, however, barely an hour after signing for the Barcelona B side, his contract was terminated by his club as they found tweets of him praising rival Real Madrid and insulting Catalonia. Now at 28, Sergi recently signed a contract with Spanish club Valladolid but one might wonder how it might have all gone different for him if not for those tweets!

This one goes back to over a decade ago when Ahn Jung Hwan famously scored a extra-time winner to take South Korea into the quarter-finals of the World Cup for the first time in their history in 2002. Amidst all his celebrations, little was he to know that his contract would be terminated by his club Perugia abruptly the day after as then Perugia chairman Luciano Gaucci said that “I have no intention of paying a salary to someone who has ruined Italian soccer.” Talk about not being able to differentiate club and country football!

Formerly best known for his times at Arsenal, Richard joined then league-One side Preston North End in his latter years as part of a one year deal but barely a few days into the deal, he terminated his contract, citing homesickness as the reason. More interestingly, the veteran then signed for Manchester City as their third-choice goalie. Well, my geography of United Kingdom might not be good, but whilst Greater Manchester and Lancashire are not in the same county, I am definite that they are not that far apart!

This wasn’t so much a weird transfer termination but more an alleged scheming transfer ploy employed by Real Madrid. Real Betis was unwilling to sell their Croatian world cup star to Real Madrid so instead agreed a £2.6m deal with Coventry. Barely 7 days into his stint in England, the Croat was then sold at a price of £3.4m to the Galaticos! A handsome profit even in today’s transfer market for a 7 day deal!